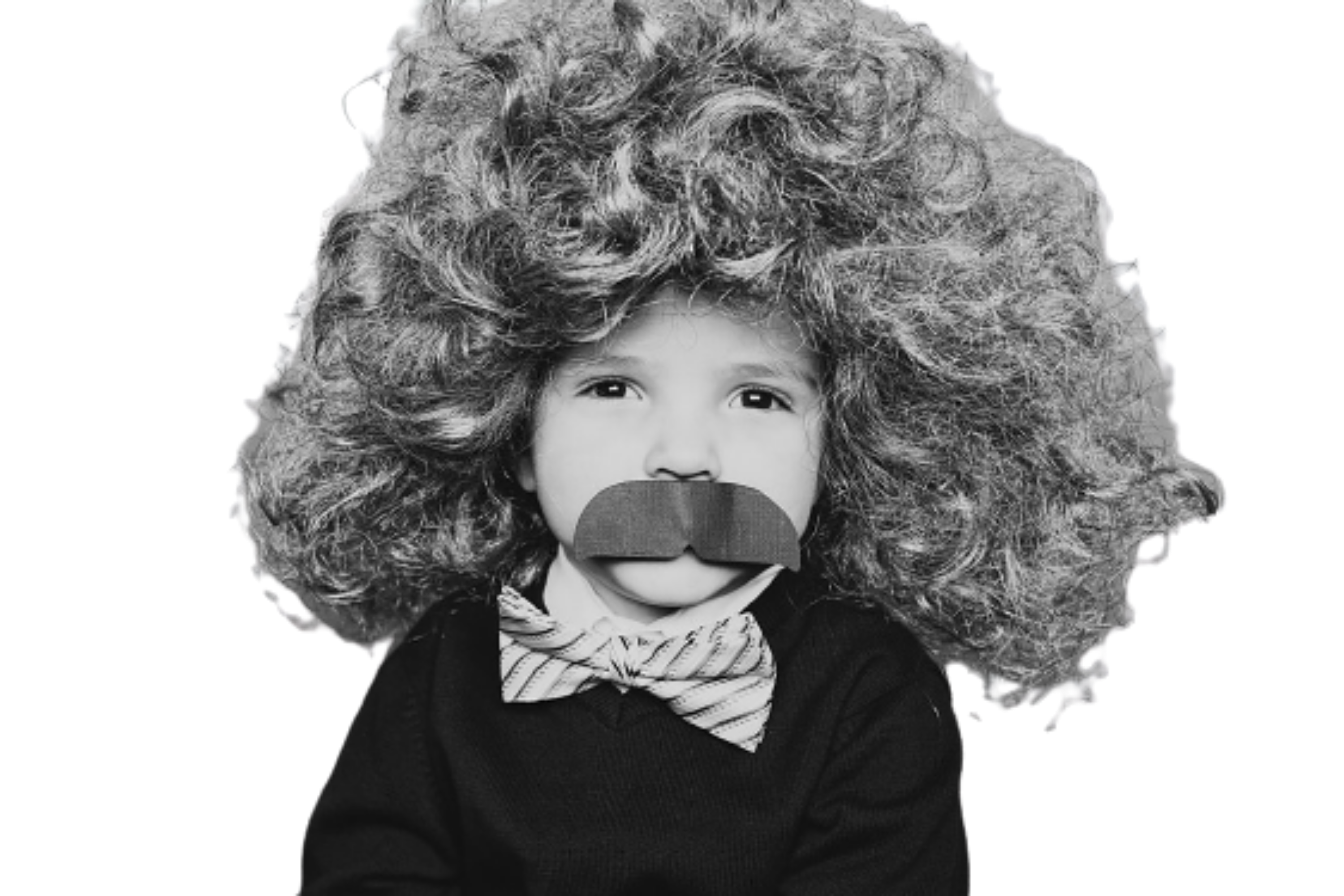 The childhood of geniuses

There are many intelligent people around us. But, only some people are a genius.

The thinking of geniuses is so revolutionary that their work changes the direction of humankind. They find themselves in Science books and are spoken about for many centuries. These are people like Albert Einstein, Charles Darwin and Isaac Newton.

Were these people born a genius? Did a teacher make them a genius? Or, did they become a genius themselves? We thought of investigating the childhood of these geniuses. We had many questions in the our mind:

Were these kids talkative or quiet? Were they like the kids who ace the Science Olympiads and Spelling Bee competitions?

To answer this question, we dug deep. We made a list of some geniuses and researched about their childhood. We tried to understand the role of the parents, family, teachers and other factors that shape a genius. Let us dive into the childhood of Scientific geniuses from history.

Richard Feynman is known to be an original thinker and a master of physics. Here is an interesting story from his childhood. One day Feynman and his friends were playing in the field when his friend asked him: 'What's that bird? Do you know the name of that bird?'

Friend: 'Well, it is a brown-throated thrush. Your father doesn't teach you anything!'

But, his father had already taught him a day before.

His father had told him: 'You know that's a brown-throated thrush. In German, it's called Halzenfugel. In Chinese, it's called Chung Ling and in Japanese it's called Katano Tekeda. And when you know all those names, you know absolutely nothing about the bird.'

His father continued: 'Have you wondered how the bird sings, is able to fly across the country and find its way to reach the same spot every year? 'While it is of some importance to know the names of birds, organs, concepts and scientists, there is greater joy and learning in questioning things that we take for granted.

Feynman mentioned many times that his father taught him the process of finding out. Richard Feynman learned to question the orthodox thinking from his father.

Learning: Without the unconventional approach of his father, we are not sure if Richard Feynman would have been Richard Feynman that we know as a famous Physicist and an excellent teacher. Clearly, the role of a parent or a teacher in shaping the thinking of a child is important.

Albert Einstein was a quiet and observant kid.

His father was both an engineer and a scientist. He had founded a company that made electric equipment. His parents sent him to a Catholic school but did not teach any religious practice to Einstein.

One day, his dad gave him a pocket compass. Einstein was fascinated by the little device. He found it amazing that in whichever direction he turned the compass, the needle always pointed the same direction. This was how he got introduced to scientific inquiry. Many years later he wrote: "That experience made a deep and lasting impression on me. Something deeper had to be hidden behind things."

Einstein was fortunate that he found people around him who encouraged his interest in math and science. His uncle Jakob Einstein and Max Talmey, a regular family guest, often loaned him science books to read. When Einstein was 12, he taught himself geometry from one of these books.

Some people say that Einstein flunked in school. Einstein laughed this off when he was asked in an interview if he had flunked school. Einstein excelled at Math and Science in the school. By the time Einstein turned 15, he had started to distrust authority and hate authority. He started disliking the German education system based on memorisation of facts.

Learning: Einstein was fortunate to have been provided resources like a compass and science books by his family at a very early stage of his life. These resources piqued his interest in scientific enquiry and surely helped him in becoming a genius to some extent.

Isaac Newton's dad passed away before he was born. His mother remarried. He hated both his stepfather and his mom for remarrying. From age 12 to 17, he was raised by an apothecary. This developed his interest in Chemistry.

Young Isaac was naturally curious. He made drawings and constructed machines. His mom wanted to make him a farmer. But, he hated farming. When asked to watch the cattle, Isaac would curl up under a tree and read a book.

Fortunately, people convinced his mom to send him back to school.

It would be best to say that Newton was naturally curious and fortunately, no one interfered with his pursuits. William Walker, a school master had a influence on him.

When Newton arrived in Cambridge in 1661, the Scientific Revolution had begun. People had started discussing that perhaps Earth is not the centre of the universe. Some basic works of modern science like inertia had appeared. Newton started reading works of philosophers like Aristotle and Descartes rigorously.

In 1665, Newton was lucky because the country was in turmoil. There was a pandemic due to the London plague. This gave Newton a lot of time to think in leisure. In this time, he discovered Calculus. He developed Optics and Calculus as well.

Learning: Newton had a turbulent childhood. While he was born curious, he greatly benefited from the time that he could spend in solitude to think.  All parents and teachers can take note of the importance of self-learning and thinking in silence from his childhood.

Marie Curie's father was a Math and Physics instructor. The parents encouraged her interest in Science. She wanted to go to the university but there were two problems:

To overcome these challenges, Marie started working as a tutor and children's governess. Her earnings enabled her sister to move to France and study medicine. For the next few years, she worked to hard to earn money for her sister and herself. Whenever she had time, she studied Chemistry, Physics and Mathematics books.

She was so hungry to learn that she even attended an illegal University, to learn about the Polish culture and practical science. Soon, she moved to France where a window of opportunities opened for her.

Learning: The journey is scientific enquiry is sometimes like finding a switch in a dark room. It requires persistence to switch on the bulb. While Madam Curie must have benefited from her own dad's own interest in Science, a lot of credit must go to her never-say-die attitude.

Charles Darwin was an important figure in the history of Science. His theory of evolution shook people's belief in God and changed how everyone thought about life forever. Let us read the story of this man.

Let us begin with his grandfather Erasmus Darwin. Charles Darwin's grandfather was a biologist and poet. In a book called Zoonamia, he wrote a long section on the evolution of species. He regularly participated in a group called Lunar Society, comprising scientists. He was a radical in his approach and supported economic competition. His influence on the family cannot be ignored. He created an atmosphere where questioning of established beliefs, especially religious, was encouraged.

Charles spent his early years in a house called The Mount in Shrewsbury. He was a quiet child who loved to go on exploratory walks. He would conduct experiments with his brother at the back of the house. He used to enjoy hunting which made his father worried. He also collected minerals and insects. He was average in academics but was always exploring and collecting. His sense of exploration and curiosity led him to understand evolution of life better.

Learning: Most people around Charles Darwin, including his own dad, never imagined that Charles Darwin would be an important figure in history. Charles benefited greatly from the family's encouragement of questioning, his grandfather's interest in biology and the time that he spent exploring and thinking on his own.

Galileo was a truth seeker. His search for truth put him in conflict with the Roman Catholic Church. He discovered instruments like the telescope and showed the truth about the universe to the world. Let us read about his childhood.

From an early age, Galileo showed a deep interest in making things. He would make all kinds of gadgets to amuse his teachers and friends. He even made wooden animals with moving animals and legs. He was always making things.

Galileo was raised in an intellectually stimulating environment. His dad Vincenzo had a special interest in music. He wrote several books, including Dialogue of Ancient and Modern music. This made sure that the young Galileo learned music. He also experimented with drawing and painting.

Vincenzo encouraged Galileo to used his God-given intellectual talent. Through the studies of Aristotle, Vincenzo instilled in Aristotle a sense of independent studying, observation and experimentation. Rather than merely believing what others would say on a matter, Galileo learned to study and reach his own conclusion based on the observations.

When Galileo was 17 year old, he was living in Pisa. At that time, there was only one science teacher in Pisa, Francisco Buonamico. Galileo admired Buonamico greatly. As his student, Galileo revolted against the Aristotelian tradition.

Learning: At a time when challenging set beliefs was dangerous, Galileo's family encouraged learning diverse things. Certainly, this would have played some role in developing the great Galileo Galilei.

Alright, what did we learn from these stories?

Let us summarise our learnings.

- While each child and parent is different, there are some common themes that were noticeable in the childhoods of these great Scientists:

- They enjoyed solitude. They found the time to think - whether by sitting under a tree or going on a long walk.

- At least one person around them allowed thinking. That person could be a parent, a grandparent or even a teacher.

- The children had a natural sense of exploration. They had a thirst to learn. It is fair to assume that many children have the thirst to know more but this desire is lost as children grow up.

- They persisted, navigated difficulties and were eager to change their thoughts. They had a growth mindset.

- They read a lot. They read whenever they had time.

What can you do as a parent?

- In most of the stories, the parents had a role to play. These are a few things that you can do as a parent immeditely:

- Let children learn on their own. Let them make mistakes.

- Provide children learning opportunities. A book, a compass or an instrument that could pique their interest.

- Loosen the focus on exams. Exams may be important but an excessive focus on the grades in detrimental to children.

- Praise children for their efforts, not their talent.

Have you heard about a course called Unbox Physics? This course has the potential to make children think and explore Physics from all the directions. It can lay the perfect foundation for your child to become a future genius. Unbox Physics is available on both Google Playstore and Apple Store. 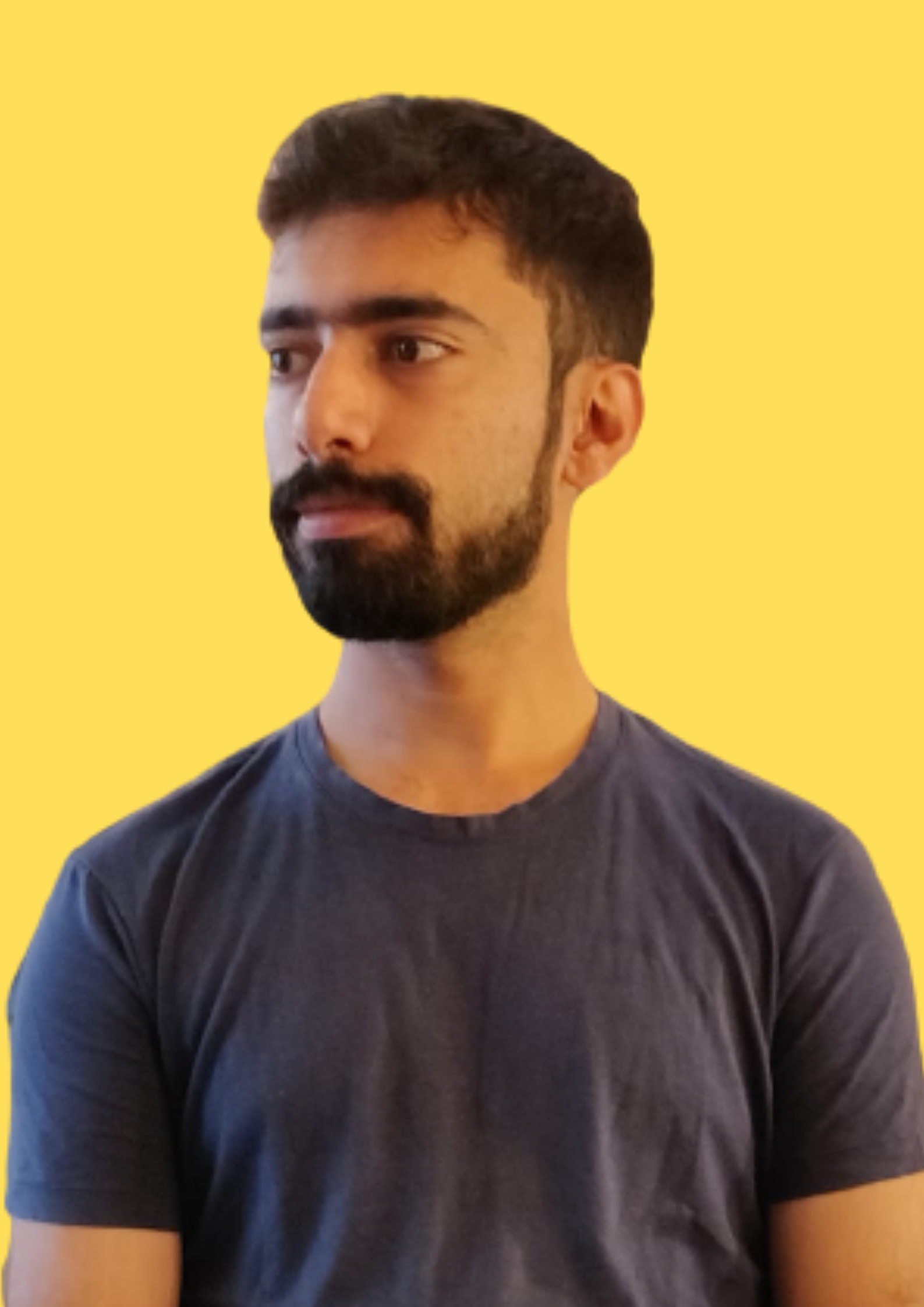 Aneesh Bangia is the co-founder of Open Door. He writes about the past, present and future of education. 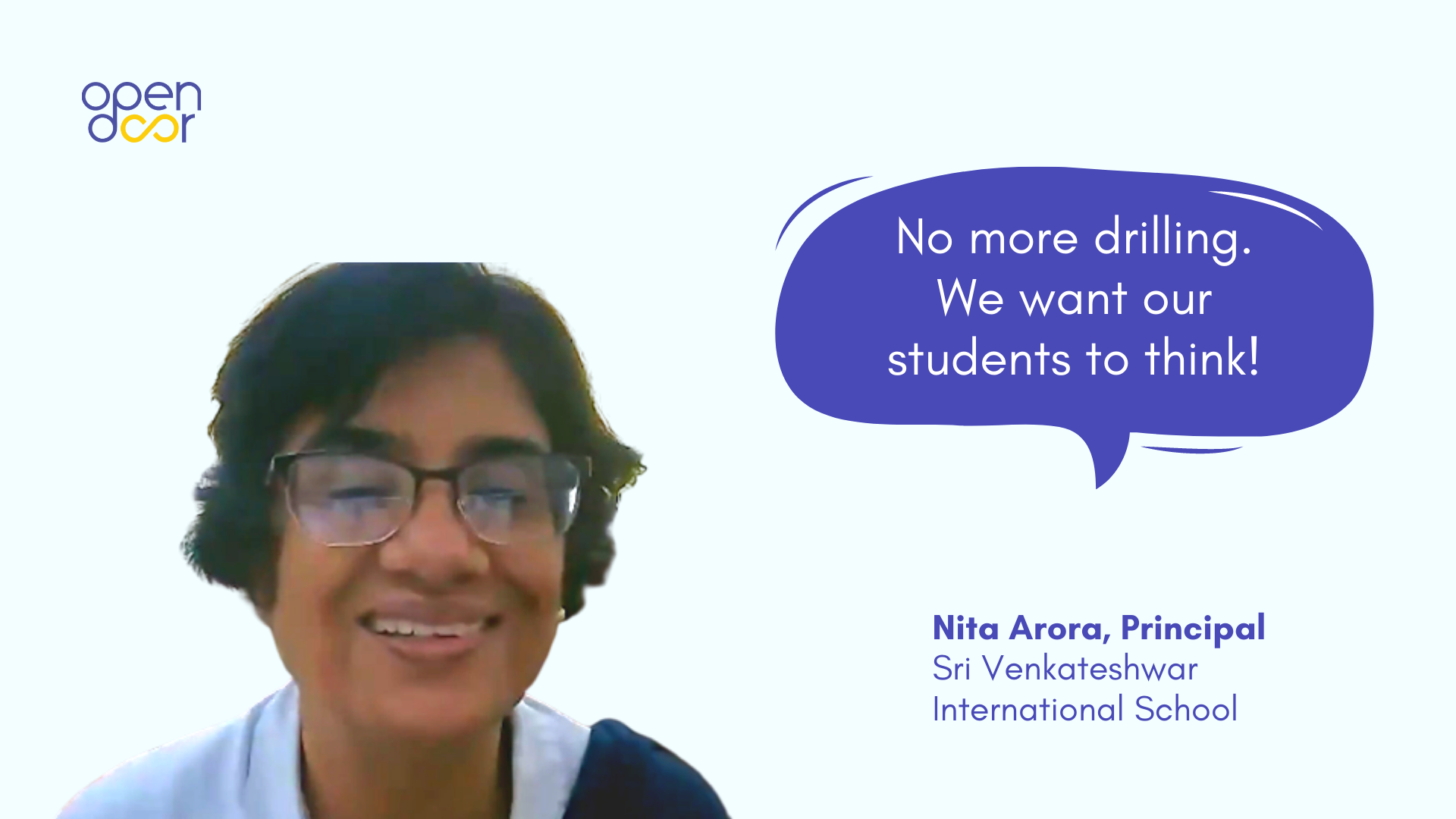 Can teaching begin with a question and end with one? According to Mrs Nita Arora, Principal of Sri Venkateshwar International School, "When children start reading these books, they can charge themselves". Read on to know-how. 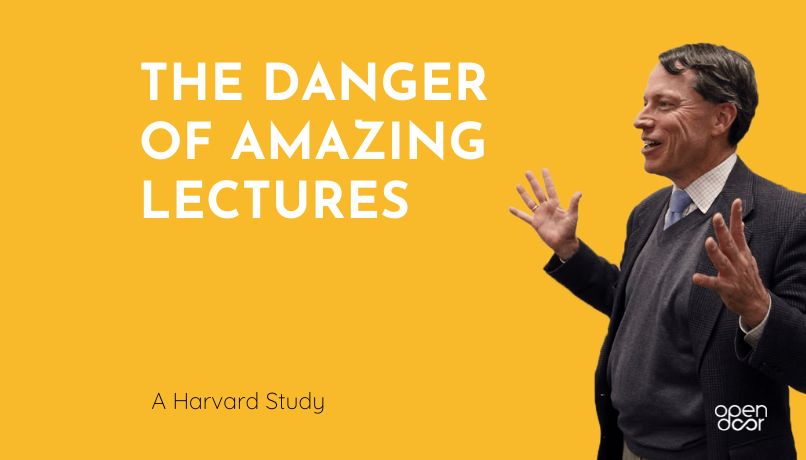 Teachers try ‘teaching’ the best. Children may nod, saying that they have understood. There is a big difference between perception and reality.

Bombay Scottish School has been using Mastery assessment for years now. They have recently improved 10–15% in a mastery cycle!